Botanical illustration is a specific artistic genre. It has seemingly incompatible qualities: on the one hand, scientific accuracy, on the other, masterful pictorial performance. In exceptional cases, the artist-botanist managed to convey in the image also the piercing delight of the discoverer, contemplative numbness before the beauty and perfection of an orchid that blooms once every 15 years, or a South American flowering shrub, which only had to come up with a name.

What You Sow: The Art of Botanical Illustration Over the Last 500 Years

When the world was young and full of mysteries. When great military leaders took scientists and artists on aggressive campaigns to explore the conquered lands. When scientific discoveries required physical endurance, remarkable courage and a natural propensity for adventurous adventures. In this world without photography, trains, planes, bathyscaphes, a naturalist had to have at least minimal skills as a draftsman – in order, if necessary, to record the first encountered, unexplored moss, butterfly or plankton. In the arsenal of a scientist equipped for an overseas expedition or serving in the Royal Botanical Garden, along with tweezers, a magnifying glass, a scalpel and an album for a herbarium, there were always watercolors. 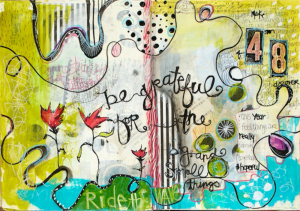 Until the 16th century, Europeans had enough of a single book on the properties of medicinal plants. It was written in 77 by the Roman military physician Dioscorides and is provided with illustrations made from nature. The book “On Medicinal Substances” was such a scrupulously and thoroughly compiled herbalist that for one and a half thousand years it was copied, redrawn, overgrown with poetic inserts, comments in different languages ​​and was quite suitable for a pharmacist so that he could distinguish Asian plantain from viper onions, find the right antidote for a bite snakes or cure a fever.

With the beginning of the Renaissance, the book of Dioscorides does not lose its relevance (many famous botanists will rely on it for several centuries), but the world around is changing a lot: Gutenberg invented the printing press, new continents and islands appeared on the world map, and on them – a completely different vegetation, other food, bark and herbs, which suddenly turn out to be a panacea for European diseases. Finally, the Earth began to revolve around the Sun, and not vice versa, and the world began to revolve around man. And man felt freedom in knowing the world, responsibility for its study. The first authors of botanical illustrations are artists. For them, the accuracy of the image of flowers and trees becomes as important as respect for the proportions of the human body and knowledge of anatomy. Leonardo da Vinci and Albrecht Dürer devote almost every second sheet in their albums to botanical sketches. Just as a medieval healer knew the names of herbs by heart and consulted Dioscorides’ illustrations when preparing them (by the way, they were rather disfigured and lost their resemblance to real plants as a result of endless redrawings), so the Renaissance artist, in an effort to follow reality, makes his own herbalist. For the first time – for the purpose of knowledge, study of patterns and conformity of forms, and not with the aim of indicating the correct recipe for treatment.

The next generation of botanical illustration writers is no longer apothecaries or realist artists. This is the generation of scientists. Those who traveled to exotic lands spent years in tropical rainforests, drenched in the rains, suffered from seasickness, returned home with priceless seeds neatly wrapped in moss or dry sand, and with drawings of plants, insects and birds never seen before.