Contemporary art is reminiscent of a large, sprawling institution that subjugates any statement. As a result, the latest art can be called the introduction into the field of art of means that were not previously means of art. These diverse means of non-art thus received a platform for expressing their views as a tool for artistic activity and the “production” of images. Therefore, we can say that contemporary (contemporary) art has become what calls itself art. In other words, the fact of belonging to art today must be confirmed by professionals: art historians, philosophers, project curators, gallery owners, museum directors. 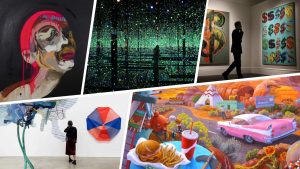 Such an institution as a museum of contemporary art plays an important role in determining the nature of works of art, and curators create collections, setting themselves a clear ideological goal in choosing a conceptual period and the most prominent personalities representing this period. Each curator who proposes an artist must explain why they are important to the collection and why that particular work is significant. As a rule, the curatorial team carefully considers how the work of one master will look next to the work of another, for example, an artist from Africa or from Paris, a contemporary artist and a 19th century artist. It is the museum – the repository of the past, present and future – that today determines what kind of art will be historically significant.

The desire of contemporary art artists to throw classical art off its pedestal has led since the early 1960s to the expansion of forms, materials, and contexts. Absolutely everything began to be integrated into the artistic context. As a result, the range of non-art materials and resources used by artists has expanded radically.

The desire to push the boundaries of art and life led, moreover, to approaches based not on the results of the creative act, but on its processes. Temporary installations and actions (actions) focused only on the moment have become a habitual practice of the latest Ukrainian art.

The task of art today is not only the creation of an innovative contemporary art language, but also “the war against socio-political obscurantism and right-wing radical reaction for the freedom of contemporary art; overthrow and destruction of obsolete repressive-patriarchal socio-political symbols and ideologies; art war with the entire global world for the complete triumph of justice on Art-Earth. These and other global tasks of contemporary art involve building a dialogue or means of communication: with the viewer, event, era.

Indeed, modernity itself in art is a problem of point of view, which depends on the essence and sharpness of the look at the time and current events of this time. Being a contemporary artist means finding the right distance and position that allows you to understand the era and describe it with precise means of expression. This living and unmistakably found view of time presupposes activity (or activity) civil, political, scientific, philosophical or artistic. 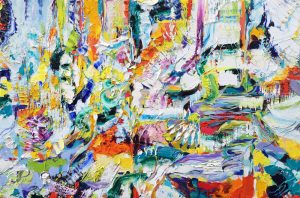 Here it is time to recall the art activities of the Voina group, which is engaged in the revival of political protest art and the real left front of art in Russia, and by the very fact of its existence suggests a radical shift in the ideological pole. Their non-conformist actions are either actions demanding an end to criminal prosecutions, or protests against censorship, etc. That is, it turns out that the latest (if you like: contemporary) art has become a truly social phenomenon in the sense that it is addressed to one and the same thing. the same time, although guided by different reasons, resorts to different means of interpretation.

As the analysis of the most used languages ​​of modern art, which are still relevant today, shows, the most common in all areas of this activity is the “process of self-knowledge of art”, when art objects are accompanied by text comments. This process most clearly demonstrated the impact on the sphere of artistic language. Very accurately, although in the analysis of a musical work, this was said by A. V. Mikhailov, for whom literary commentary and parallel theoretical analysis lead to the fact that music “is saturated with the word and” literature “”. In this regard, the composition of music seems to be a subordinating act in the sphere of linguistic expression and ceases to be essential in the work itself.

Such practices become characteristic in the field of pictorial experiment. In one of the catalogs of his works “Black Painting” (1972), B. Lowe wrote: “No one looks at painting anymore, because they are forced to become aware of the idea itself, the painted idea. From that moment on, the viewer has already been immersed in the atmosphere of conceptual art, and my work is a transition from paintings on the wall to conceptual art in the head.”