Decades have passed since the emergence and development of modern art. Directions, currents, vectors have developed and are developing in it. Perhaps the difference between contemporary art and classical art lies in the fact that, even after decades, it does not allow us to speak of itself as a whole, unified phenomenon that presupposes completion. Over time, works of modern art can also become classical and in this sense traditional, but their nature will be different from the nature of works created before the 1860s. The essential difference between modern art and its classical trends is that in each individual implementation it is no longer a materialization of a feeling or idea completed in an “illustrative artistic image”, but a process of incessant creation of an artistic image in the mind of the viewer. 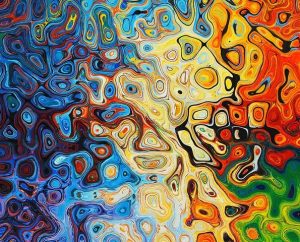 In this case, the rules and canons of the former visual art, the arsenal of its forms, means of materializing inspiration and specific techniques cease to dominate as the main condition for the appearance of a work. The work of art itself as an object ceases to be the main thing. Instead of a frozen art form, the process as the main artistic task enters the platform of modern art, with its own motives, motives and realizations. In this context, the slogan becomes clear: “everyone is an artist, everything is art.” In this regard, it is useful to recall the remarkable aphoristic book Mikh. Lifshitz “Art and the Modern World” (2nd edition – 1978), in which there is a maxim that sounds modern: “As a result of consistent formalistic experiments, the art of the so-called avant-garde comes to the denial of the elements of artistic creativity associated with the reproduction of the surrounding world. Drawing, chiaroscuro, color – all these requirements are a thing of the past. All that remains is the artist’s expression of his will, his personality. <…> If the main thing is the artist, and not his image of life, then in the end he himself becomes the last work of art” [4, p. 219]. It is hardly worth specifying the exact word. However, we have to continue: every contemporary artist, while he is alive, is “the last work of art.” Under this quote, a photograph from 1970 is reproduced: a bearded man (that is, an artist) is sitting on a chair and holding a poster with the inscription: “Look at me, that’s enough.” But what if only the author is enough? 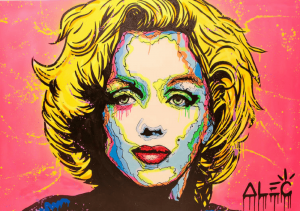 The latest research is based on the idea that the modern world is a total plurality: class, racial, ethnic, cultural (the principle of “multiculturalism”). This positioning of modernity is reflected in all spheres of modern life, including in art, which has drawn into its orbit many phenomena that were considered marginal for traditional art and that were not previously identified with art as such. For example, this is the sphere of media, which involves the use of technical means that combine sound and visual effects, the language of advertising or comics. In this regard, it would be appropriate to recall actionism or interventionism, which are hyper-relevant today, that is, the art of action that left the gallery sites and entered the streets and squares of cities, penetrating into the field of social relations. By expropriating the means of expression from other spheres and making them a gesture of the latest art, art thus acts as a catalyst for new, social forms of its being.